Difference between revisions of "Continent"

The concept "Continent" is a nice example for the difficulty to model an entity. The Wikipedia entry for https://en.wikipedia.org/wiki/Continent states: A continent is one of several very large landmasses. Generally identified by convention rather than any strict criteria, up to seven regions are commonly regarded as continents.

seem to be true. But also the statements:

are true. Or should we say "was a continent" in these cases?

Naming examples for entities is a good way to be more precise in stating what a concept is about. Especially if the total list of possible instances of the concept is low as is the case with the Continent example.

The image shows how different the continents at a certain time in earth's history were compared to today. 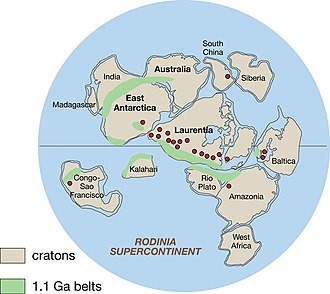